It’s the end of the school year, which explains why I’m a day late in posting my blog this week. Such a busy time as we wrap things up! I’m looking forward to sleeping in a little bit in just two weeks!

I hope all my friends who are Mom’s out there enjoyed your Mother’s Day weekend. Mine was fabulous! On Saturday, my 10-year-old spawn had her first piano/singing recital, a big milestone for my super shy girl. Then we went to Captiva Beach and ate at a fun place on the island called The Bubble Room, which is decorated like Christmas all year round and has the B*E*S*T cakes in the world!

All of that was enough to make my Mother’s Day complete, but then hubs and kids also bought me a box of my favorite Norman Love Chocolates, a book (the Official Illustrated Movie Companion guide to Divergent so I can drool over Theo James some more),  a Grumpy Cat shirt, and a new Huffy bike! I felt rather spoiled . . . not sure what I did to deserve all that as dinner rarely gets cooked and the house seldom cleaned between writing my 18 Things trilogy and teaching middle school, but I’ll take it 🙂 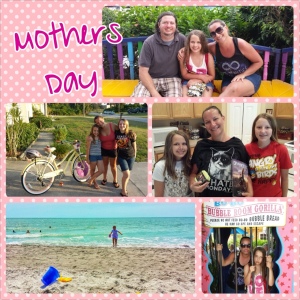 On to the book portion of today’s blog . . .  I’d like to feature a novel from my publishing sister, Ayden Morgen. I finally got around to reading Fall, the second New Adult book in her Ragnarok Prophesies series.  The first book, Fade, I read as soon as it was out in 2012 as a way of checking out books Curiosity Quills Press had already published. I wasn’t disappointed . . . read it in twenty-four hours! To be honest, many times sequels fall flat for me, but this one doesn’t! Ayden did an excellent job with her second installment . . . the characters were compelling, the myths and the world she created around them were awesome, and I had all the right feels along the way. A few times I wished there was more dialogue and that the pacing moved along a bit faster, but that’s just my ADHD talking 🙂 Overall, I really enjoyed this story and suggest ya’ll add Fall to your summer reading list! Check out the synopsis below if you still need more convincing! 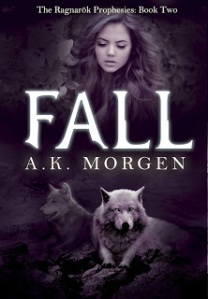 How do you save someone who doesn’t want to be saved?

Those called to stand guard against the end are broken, and Sköll and Hati run free. Now Arionna Jacobs and Dace Matthews face a threat unlike any before. Ragnarök is coming and they aren’t strong enough to stop it.

Arionna thought she understood sacrifice, but she never counted on her destiny tearing Dace apart. Ever since she nearly died, he has been consumed with guilt. Now it threatens to turn him into the monster he always feared.

It’s up to Arionna to stop him before it’s too late, but the path to hell is paved with good intentions, and Dace is hurtling toward self destruction. This time, Arionna isn’t sure she can save him from himself. Can she convince him to let the past go, or is her true destiny to sacrifice her heart in exchange for the lives of the people she loves?

Also, two of my blogger buddies recently released the covers to their sequels . . . be sure to watch for these good reads!

And PK Hrezo will release her sequel to Butterman Time Travel on August 31st! But you can add it to your Goodreads today! 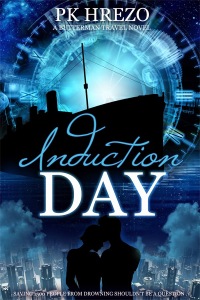 So that’s what I’ve been up to . . . how has your week been? Wish me luck–tomorrow I chaperone a trip to the local waterpark for our 6th and 7th grade students. I only hope no pictures of me in a bathing suit end up on Instagram *shudders*

21 comments on “News and Books”